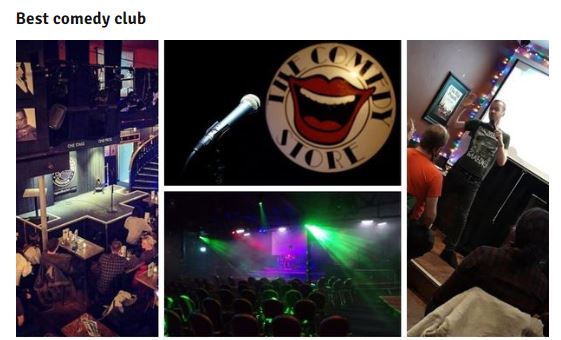 We are shocked and amazed to announce that we have been nominated Best Comedy Club by City Life Manchester in their 2020 awards.

This has come completely out of nowhere. In the article announcing all the awards nominations, it says that members of the public have submitted their favourite artists, venues and shows, which have then been shortlisted by a panel of experts. This means that someone submitted us, and then a panel of experts agreed that we are – at least – one of the top five comedy clubs in Manchester.

This is huge for us, especially as we’ve been on the Manchester comedy circuit for less than a year. At the time of our nomination, we’ve only actually put on 7 shows. The fact that we’ve already had so much of an impact to get nominated at all means more to us than we can adequately put into words.

If it was you who submitted us for nomination, please know that we are so grateful and if you want to make yourself known we will give you all the hugs in the world.

Voting closes on January 20th 2020 and the winners will be announced the following week.

You can vote for us here.