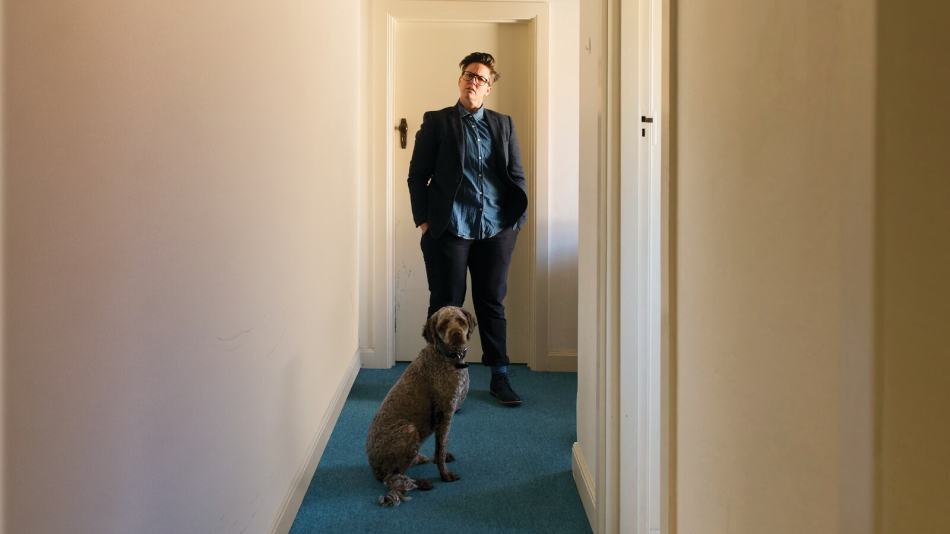 Following a show as popular and powerful as Nanette was always going to take something genuinely special. Luckily for the world, Hannah Gadsby is brilliantly talented and definitely not a one trick pony.

Her new show, Douglas, bears only a passing resemblance to its predecessor but that doesn’t make it any less wonderful in its own way.

Hannah starts the show by addressing the uniqueness of Nanette and immediately insists that everyone alter their expectations. Douglas is not a show about trauma. Douglas won’t have the same kind of impact. Douglas is a show named after a dog.

That doesn’t mean for a second that it shies away from series or sensitive topics. It directly attacks the toxicity of the patriarchy from multiple angles, discusses Hannah’s autism diagnosis and launches fairly early on into a surprisingly hilarious rundown of all the dogs that died during her childhood.

The show includes some purposeful – and fantastic – hate-baiting. Hannah unabashedly drops controversial truths throughout the show, not always qualifying them with punchlines, but leaving them to fester and spark outrage amongst the kind of person with a vested interest in upholding oppressive societal constructs.

Framed as a way to manage expectations in the wake of Nanette, Hannah begins the show by telling you exactly what to expect from it. She lays out the next hour in detail, including the structure, the topics she’ll address and even the big reveal at the climax that she insists will surprise you despite the clues she’s plotted (such as telling you right now).

This is genuinely impressive. Given the funniest punchlines are typically those you don’t see coming, it is indicative of astonishing skill that Hannah can tell you precisely what you have in store and still have the whole room laughing and applauding consistently.

As well as shredding the patriarchy, calling out anti-vaxxers and exploring art history, Hannah is delightfully silly throughout. Douglas is peppered with a variety of puns that elicit just about every response a pun can get, from wild applause to lingering groans.

But although that sounds like it would make for a disjunct performance, everything connects together wonderfully. Every topic is woven wonderfully together. Even if you don’t expect a cohesive relationship between subjects, it’s never difficult to follow along with Hannah’s logic. You leave believing that she is right, Donatello is the odd one out of the Teenage Mutant Ninja Turtles.

Douglas is an incredibly well constructed show. Nothing feels forced. It flows beautifully, carrying you along from laugh to laugh with ease. It makes sense. It expertly balances intelligence and silliness. It doesn’t punch you in the gut quite like Nanette does, but it is still moving. As far as comedy shows go, it is not one to pass up.

You can find dates for Hannah Gadsby’s Douglas tour on her website.