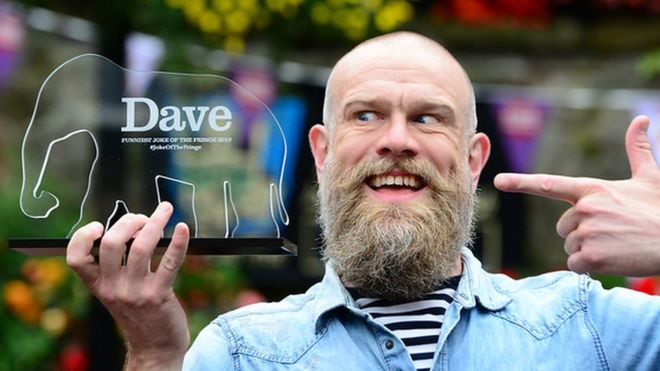 On Monday, Dave awarded Olaf Falafel Funniest Joke of the Fringe for this pun:

“I keep randomly shouting out ‘broccoli’ and ‘cauliflower’ – I think I might have florets.”

A Tourette’s Syndrome charity has since asked for an apology.

No one has asked me what my opinion is on the issue. But I’m gonna tell you anyway, ’cause I can do what I want

1. I don’t know Olaf all that well, either personally or on a professional level, but based on what I do know of him I doubt there was any malice behind the joke, and he certainly didn’t mean to cause upset.

3. The joke definitely relies on the stereotype that people with Tourette’s just yell out words (normally swear words) involuntarily – and it does perpetuate that myth, despite the fact that people with Tourette’s can have a wide variety of verbal and non verbal tics. As such I can see why people with Tourette’s would find the joke tiring if not offensive. Not to compare, but I feel the same way whenever people make “did you assume my gender” jokes. I’m not even really offended by them at this point, but they are really fucking tiring to hear. Obviously this is very different, but I think the principle is the same.

4. With the best will in the world, it’s not even that great of a joke – which is no criticism to the writer. He’s doing an hour long show, not every joke is going to be the best. I’d honestly be upset if I had a show and that joke was nominated as the best in my show, let alone the entire fringe. Obviously the award is bullshit and can only be awarded to jokes that work with no context. And knowing him I’m sure the delivery is what made the joke work and nomination worthy – but that doesn’t neccessarily come across on paper.

5. Now I don’t know if there was any additional context to this joke or not, but like I say I think it’s very unlikely that the joke deliberately set out to be offensive or malicious. However I also don’t think we should be talking over the voices of people with Tourette’s on this matter. Sure, maybe it is manufactured outrage. The media probably has blown the situation out of proportion because it gets more people engaging with the story, and thus makes more money for them. But clearly at some point it has gotten on someone’s nerves . Of course being offended by something doesn’t neccessarily make you right, but I think at least we should listen to the people telling you why it has upset them. Disabled voices are so often ignored, especially when talking about disabilities, so it does nobody any favours for non-disabled comedians to brush it off as a non-issue.

6. I am not a Tourette’s sufferer, so I want to clarify that I don’t think my opinion is all that important on this subject. But all i’m seeing on Facebook at the moment are non-disabled comedians going on about “PC ruining comedy” just because we’re being forced to take other people into consideration when writing jokes.

I think that’s a good thing. Comedy now is so much better than it was in the ’70s, and a large portion of that is because we started accommodating for audiences who are not just cishet white male non-disabled men. Of course you’re never going to please everyone. I do plenty of political stuff that is polarizing. Honestly if you get called out on a joke that’s punching down (whether or not that was the intention) and you brush it off and carry on doing it, that’s on you. You’ve been called out, informed, and still think the joke is okay, then carry on. But don’t expect people who are the butt of your jokes to stay silent on the subject.

The whole point of freedom of speech both in comedy and in general is that you can say what you want, but you also have the power to say when you don’t like something, or that something isn’t okay. That’s not silencing you, that’s people exercising their own rights rather than just ignoring it when people make jokes about disability that are harmful to how people with that disability are viewed and treated.

7. I like Olaf, I think he’s a great comedian – but that doesn’t make him immune from making harmful jokes from time to time. Hell if I ever make jokes that seem harmless to me but actually are punching down in a way I don’t realize, I want to be called out on it. I don’t know if he’s released an official statement on it yet, but I trust him to be sensible about it