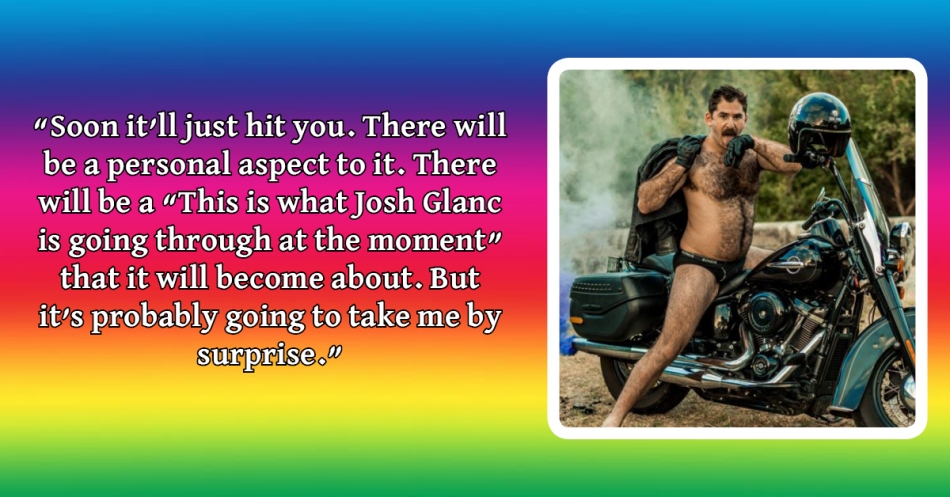 Tell us about the show you’re bringing to the Vault Festival.

It’s a work in progress show, but by Vaults, I would’ve already performed it for a week in Australia so it probably won’t be too shit.

I’m currently making it, and I’m having an incredibly fun time doing so. I have a strong idea of what it will end up being, it’s just nice to not have to commit yourself early in the process of development and let things organically grow. So it is a work in progress, so I don’t have to give it a title.

What I suspect the show might end up being, I kind of don’t want to say because I suspect it’s a bit crazy, but I’ll be playing different characters.

What drew you to character comedy?

I think there’s this lovely thing that happens with character comedy when the comedian or the actor is coming through as well, you get something really quite nice.

How much of yourself does go into the characters?

They’re not me. The ideas for my characters often start from an image that I see. I often write, not from a place of jokes, but from a strong visual image or a strong song or something musically or visually that interests me.

So if you take a lifeguard. He’s got a whistle and a floatation device. I like it when we have things in society that have all this stuff attached to it. I find that funny, that tickles me. There was a cyclist in one of my recent shows. We put on a lycra outfit and a helmet and a water bottle, you’ve got all this shit that goes along with this persona that people play. I’ve always found that a little bit ridiculous.

Those are kind of where my characters come from. I’ve got a new character for my show. It’s a little Italian boy in a 1940s style sailor costume only speaks gibberish Italian.

Would you say it’s the distinction between yourself and your characters feed into your surreal style?

Yeah. I think my surreal style comes from the normality that these characters inhabit. The mundane routine is something that I always like to invert. I once had a pot plant on stage in a show that I urinated on and then I used the pot plant to flush with sound effects. I think that’s typical of my take on something.

It’s a mundane thing that takes on this extraordinary kind of feature. I love that kind of stuff. Like someone’s eating a chicken sandwich and then it starts talking to them or singing or whatever. It’s something so simple and boring that then becomes fantastic, that’s what I enjoy.

This is a work-in-progress show. How much do you expect it to change between the Vault Festival performance and the finished product?

My show from 2019 was an incredibly difficult show to write. It was a painful, difficult process. Generally it wasn’t a fun process. I got there in the end, but it wasn’t fun.

This year I’m having lots of fun so I think I’m going to find the show pretty quickly. I think what will develop after Vault Festival will be the bigger picture, the story arc, but I think most of the content will stay. Who knows? I’ll probably get rid of all the bits no one laughs at.

Do you have any ideas at the moment about what you want that core theme to be?

I don’t really. That will present itself in a very natural way.

There are things that I’m thinking about at the moment, at the time when I’m starting to put it together, and soon it’ll just hit you. There will be a personal aspect to it. There will be a “This is what Josh Glanc is going through at the moment” that it will become about. But it’s probably going to take me by surprise.

At the moment, I’m thinking about cliques and feeling alone and wanting to be a part of a community, but I don’t really know. I don’t want to foreshadow too much, because it’s really nice to just let that happen organically. And it will.

My show from 2019 started much more with an idea than this new show. It was very much, “This is going to be a show about my mother.” I wanted it to be about children separating from their parents and becoming adults and the difficulties associated with that. It was a very intellectual approach to making something. Which is probably why I had a difficult time making it.

For this show I want people to get a message, but I want people to feel like they’ve felt and seen something they haven’t experienced before. That’s such a great feeling, when you’re in an audience and something is so different from what you’ve seen before.

I haven’t had much of a chance to look at the programme, but there are undoubtedly shows that I want to see. I want to see all my friends. I think Elf Lyons and Helen Duff are doing a show, they’re going to be great.

These questions are quite deep. Or maybe I just interpret things in a deep way.

Josh is performing at Vault Festival on 15th and 22nd February, and 7th March.